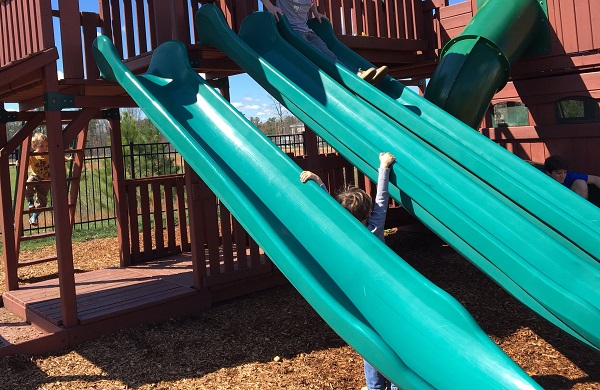 I absolutely love watching my boys interact in different scenarios. It helps me learn more about them, and sometimes it just makes me laugh.

This morning we went to a playground near Trader Joe’s. The idea being that once they’d had a chance to play, they’d be more affable at the grocery store and MAYBE hungry enough to be interested in healthy stuff. 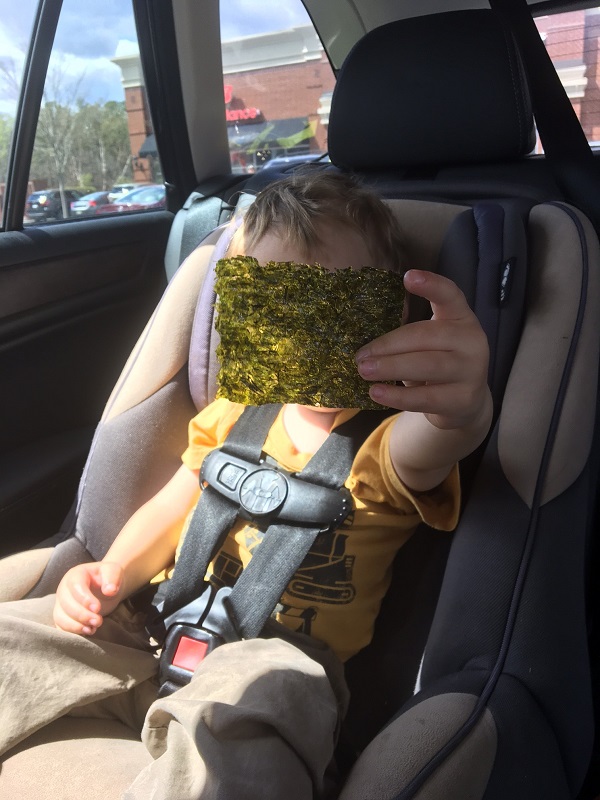 So, we’re at the playground, and we have it all to ourselves. Lincoln (four) was all over it–climbing up the little rock wall, trying all of the slides, not worrying about the leftover water from yesterday’s rain.

Hyatt (two) was excited, too, but he still wouldn’t go down any of the slides the “normal way.” He’d only go on his tummy. This is a thing. Going down a slide sitting up is kind of scary, I guess. When Hyatt goes his way, his tummy slows him down to a speed he’s comfortable with.

Anyways, we’re having fun, and a bunch of teenage boys show up. I’m watching them like a hawk. The teenagers were huge and basically took over.

When older kids show up at a playground, your job as a parent is to be warm, welcoming, and ready to spring into mama bear mode at the slightest sign something could hurt or negatively influence one of your children.

My boys were a little bit thrown off by the giants, but not long after a few other adults with younger children came, and everyone had a nice time. The teenage boys behaved great, and Hyatt took to studying how they used the playground equipment with such confidence.

Then, he went for it.

He went down the big slide sitting up. 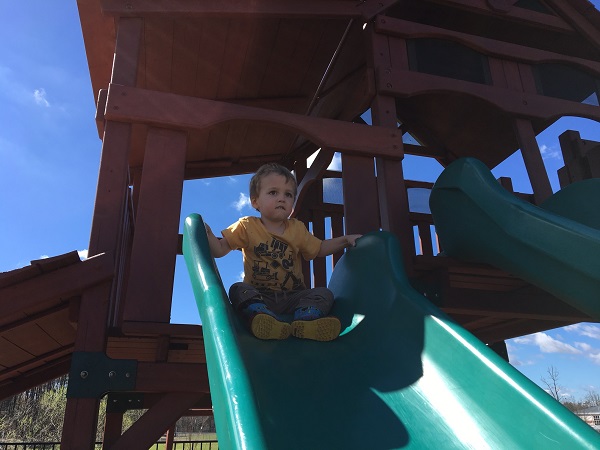 I don’t actually have photo proof, but yes–he did it! Multiple times.

And then all of a sudden he got uncomfortable and nervous, like he’d over-committed and just wanted to be two again. He climbed into my lap and sat there until the teenage boys left.

It’s okay, buddy. You’ll always be my baby who slides backwards on your tummy.